The Secret to Handling Challenging Dogs In my years of teaching new pet groomers, I’ve seen hundreds of dogs take advantage of a new students. Dogs pull, squirm, whine, snarl… and bite. I’ve seen many students frustrated to the point of tears.

Then a miracle happens.

An instructor will walk over to the pet and gently take over for the student. Suddenly, this challenging pet turns into a perfect angel. The students’ jaw drops. A moment in stunned silence passes before the student exclaims, “How did you do that?!” The answer is simple:

The German Trim That Went to China

Today was one of those great days. One of those days where something special happens out of the blue. It’s not scheduled. It’s not planned. But when it happens – it just makes you smile. 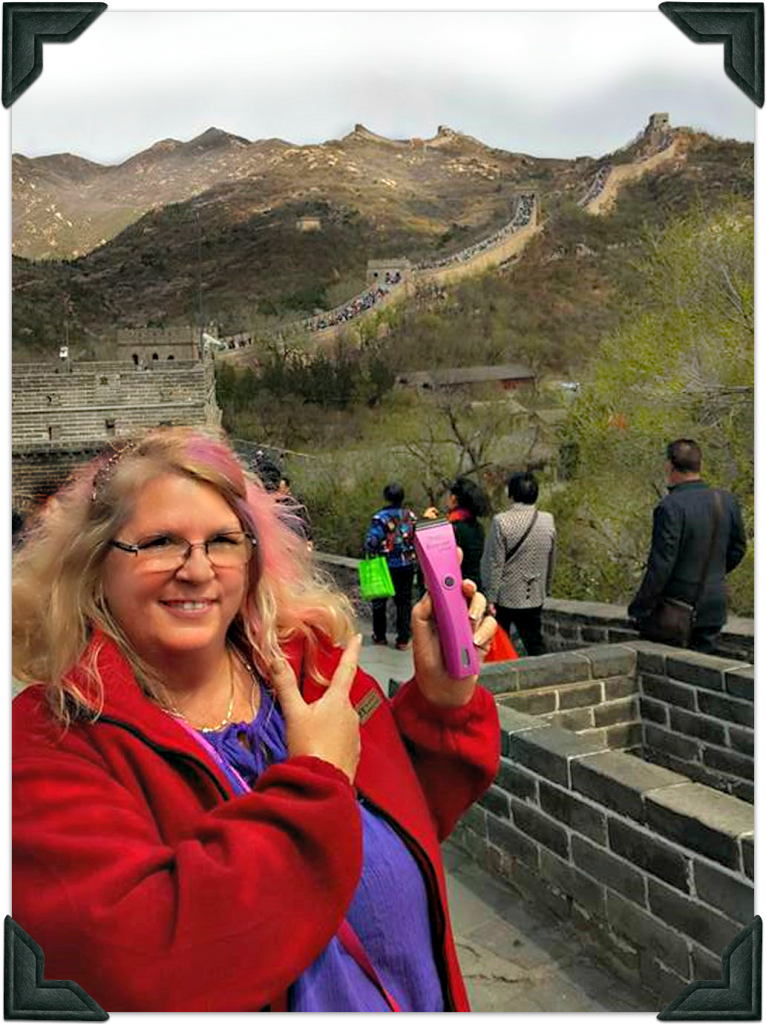 Dawn brought her Wahl to the Wall!

What happened? It was a simple phone call.

I was racing around trying to get through items on my to-do list. Every time I thought I was getting ahead, something would pop up and get added to the list. I felt like I was on a merry-go-round. It just would not stop. I knew it was going to be a real struggle to get to an appointment I had later in the afternoon.

And then my cell phone rang.

I looked down and saw who was. Dawn Omboy’s name appeared on the screen. That alone brought a smile to my face. I took a deep breath to get myself centered and then answered the phone, “Hello Dawn,” with a huge grin my face.

She was calling for two reasons. One was to thank me for her own personalized copy of Notes From the Grooming Table – Second Edition, which was on the way but had yet to arrive on her doorstep.

The second reason took a little longer to explain, but Dawn promised I was gonna love the story. “Okay Dawn, you’re on,” I thought to myself even though I was pressed for time.

My husband Marc and I had been at Dawn’s salon filming for Learn2GroomDogs.com just a couple of months ago. At the time, she had had the possibility of going to China to teach a clinic on creative pet grooming. Even though it wasn’t a sure thing yet, Dawn was so excited at the possibility! China. She’d never been there – let alone teach there! What an amazing opportunity for a little groomer out of southern Georgia.

A few weeks later we learned that the trip was confirmed and she was leaving the following week! She was so excited and we were thrilled for her. We tracked the trip on Facebook along with so many of her Facebook friends. She looked to be having a wonderful time even though she was traveling solo. (That’s one gutsy move all itself!) She told me she had a blast! Everything was wonderful and the people were so nice even though no one spoke English other than her interpreter – and that was dicey. She still knew it would be an adventure of a lifetime she would cherish.

While she was teaching the creative class, someone asked her if she would show them how to do a German trim on a Poodle. Even though they did not speak the language, she was able to make out what they wanted. And to add to that, they wanted it very full and “fancy.” Okay – she got that. The problem was, she couldn’t remember the last time she had done a German trim on a Poodle! But that was not going to stop Dawn…

Dawn – being extremely resourceful – was not going to disappoint her students, “Of course, she told them, I can show you how to do a German trim!” 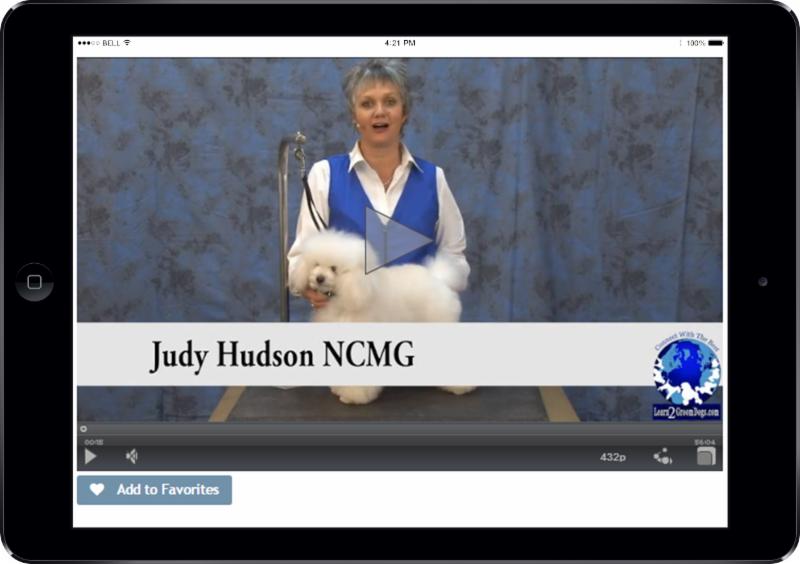 That night she retired to her hotel room. As soon as she got there she hooked onto the Wi-Fi and brought up Learn2GroomDogs.com.

Did we mention she was in China?

She searched the database for German trims and found Judy Hudson had just what she needed on the site. She ordered herself a bit of dinner and spent the evening with Judy Hudson. Via streaming video, Judy taught Dawn the finer points of how to do a German trim on a Poodle.

The next day Dawn was confidently able to demonstrate to her foreign classroom how to do a German trim on a Poodle – all because of Learn2GroomDogs.com and Judy Hudson.

Dawn wanted to make sure I heard the story firsthand from her. I was beaming! I love our Training Partners and I love being able to help others. My dream is to make learning accessible to anybody – anywhere in the world. Between my books and Learn2GroomDogs.com – that dream is coming true. Even as far away as China!

And the best part – Judy Hudson flies in tomorrow for a National Dog Groomers Association of America workshop and testing held at the Paragon School a Pet Grooming (and some special saddle time with a couple Friesians). I can’t wait to relay this story to her, personally.

I cannot thank Dawn enough for sharing such a unique story. It’s amazing what our industry has to offer to anyone who applies themselves. The key is to be the best you can be and share that knowledge with others. Even if you don’t have the education in your head – having the right resources on the fly to locate information will turn you into an instant expert wherever you are.

You never know when you’ll need to be an instant expert! Has this ever happened to you? Go online and tell us about it on the Learn2GroomDogs Facebook page. 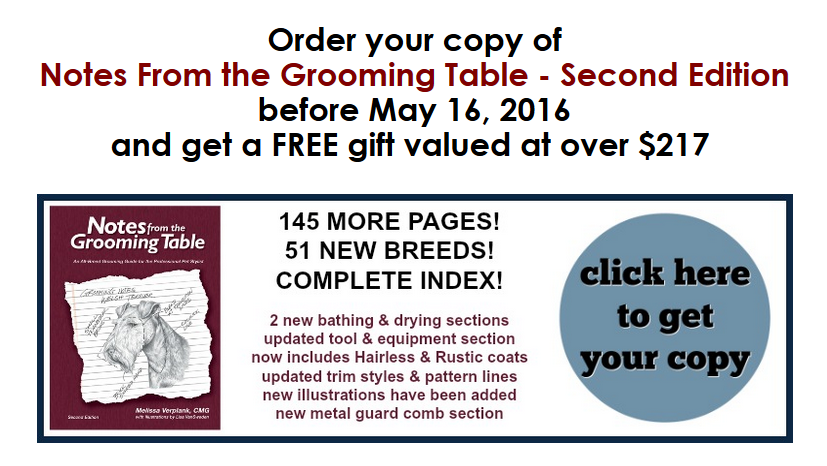 Sign up to get a reminder when your Members' Only Facebook Live Q&A is about to start!

Join us for our FREE Webinar and get tips, tricks, and the secrets to success from our team of top dog-grooming Experts. We'll send you a reminder email the day of the Webinar.

Join us for our FREE LIVECAST and get inspired by our team of dog-grooming Experts. Learn the tips and tricks other members have used to fuel their success through Learn2GroomDogs.com. We'll send you a reminder an hour before the LIVECAST begins.

From the atmosphere and lay out of your salon, marketing to attract and keep clients, to how many dogs you are going to do that day, Melissa and Joe will help you map out a plan for Success!

Thanks! You will be sent reminder emails and a special link to join the webinar!