Heidi Anderton owns Absolutely Animals in the UK. Her career started at a young age working in boarding kennels. She now runs an award-winning grooming salon and training center. Working with fellow awarding stylists, she strives to set the standards for dog groomers of tomorrows.
Heidi sets high training standards, starting with herself. She holds the British Dog Groomers Association’s Higher Grooming Diploma, and is a member of the Guild of Master Groomers. She’s also an examiner for the Advanced and Higher Diploma in dog grooming.
No surprise then that her salon Absolutely Animals is a:

Premier Pet Care Trust Accredited Grooming Training Centre
Part of British Dog Groomers’ Association
Adheres to Professional Groomers' Charter code of practice.
Heidi is one of the UK’s premier pet stylists. Heidi has competed in many competitions across the years and has been a consistent winner culminating in the winning of 'British Groomer of the Year 2004.'

Throughout her career she has achieved the following:
1995 - Heidi establishes the Absolutely Animals Pet Grooming Salon in the Lee area of London.
2004 - Heidi wins Groomer of the Year
2004 - Begins to teach the art of dog grooming
2008 - Heidi was joined by top US stylist Colin Taylor
2011 - Team member of Groom Team England 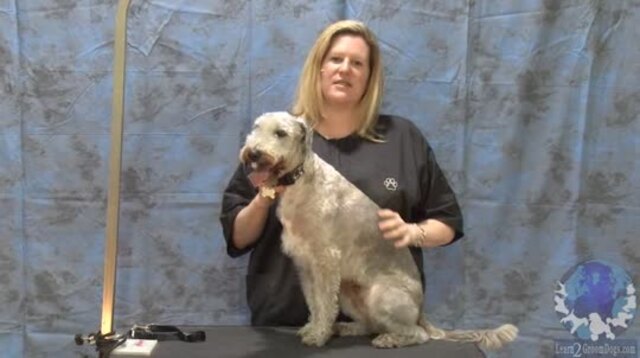 Basic Health Inspection Prior to Grooming

See All Videos by Heidi Anderton