Sarah Hawks began her grooming career in 1979 when she was hired as a bather in a shop in Newark DE. She quickly learned the basics and after 3 years of service, she opened Dog Works by Sarah, In 1988, Sarah tested and became Delaware’s first Certified Master Groomer with the National Dog Groomers of America Association.

Sarah became well-known for her hand stripping and Terrier grooming ability, and she continues to be sought out for her expertise. Sarah’s skills at grooming have made her a champion in the competition ring. Starting in 1992, Sarah’s place as one of the top groomers was established. It is because of this grooming expertise that she has become a certifier for the NDGAA.

Sarah has earned many of the highest achievements for professional grooming including multiple “Best in Show” and “Best All Around Groomer” awards. Her grooming salon is filled with colorful ribbons, trophies and plaques from years of competition. She has also earned the coveted Cardinal Crystal Achievement Awards for “Judge of the Year,” which is one of the industry’s top awards. Sarah’s career has allowed her to travel around the world representing the United States.

Sarah’s first love is Sealyham Terriers and she has owned many champions. Sarah also breeds Sealyhams and welcomes inquiries about her Terriers. Sarah’s expertise on hand stripping has been the subject of many training videos and seminars. She works closely with world class professional handler and breeder Margery Good, the 2010 AKC Terrier Group Breeder of the Year. You will always find a Sealyham at Dog Works by Sarah. 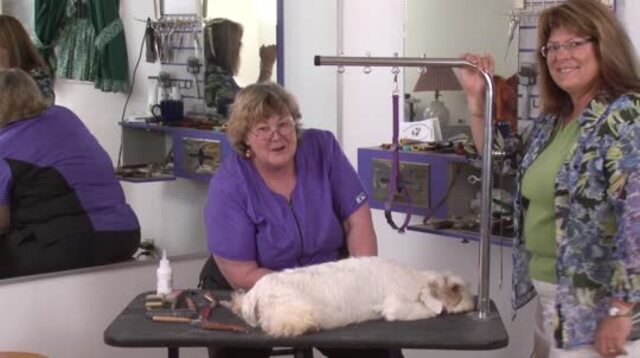 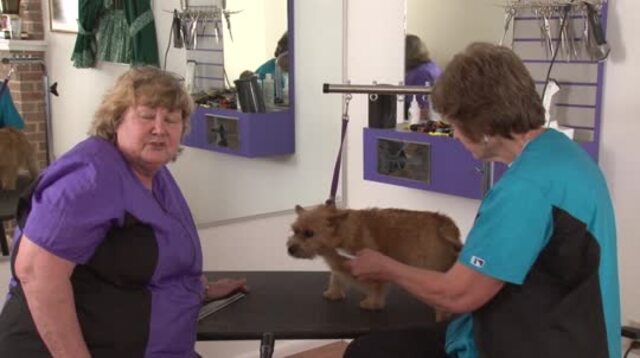 Resurrecting a Blown Coat on a Norwich Terrier

See All Videos by Sarah Hawks