This is a preview of a Learn2GroomDogs.com Video.
To watch the full video, either Login or Explore Membership today!
Video DescriptionAbout Dawn Omboy

The “Queen of Color,” Dawn Omboy, is back! In this lesson, Dawn shows you two quick and easy ways to work with flower tattoos on a smooth coated dog.

First, you’ll learn how to refresh a faded tattoo with glitter and crystals. You’ll then learn how to apply a new free hand flower tattoo. You’ll even learn the tools and products you’ll need to do this in your salon!

Here’s a great bonus – no artistic talent is needed! Anyone who has the right products can bring a great design to life. They can be done on any smooth coated dog, even a tough Pit Pull named Bambi! 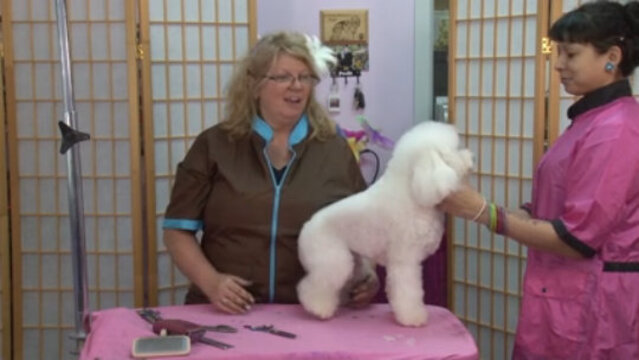 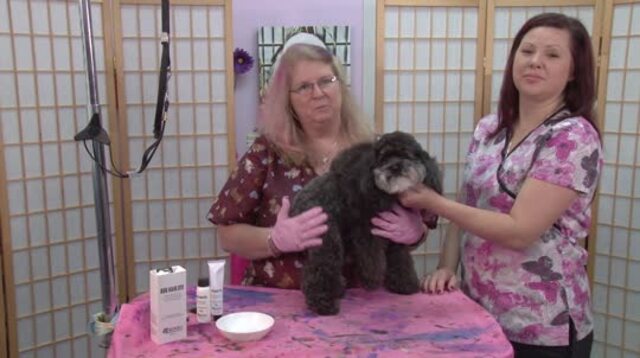 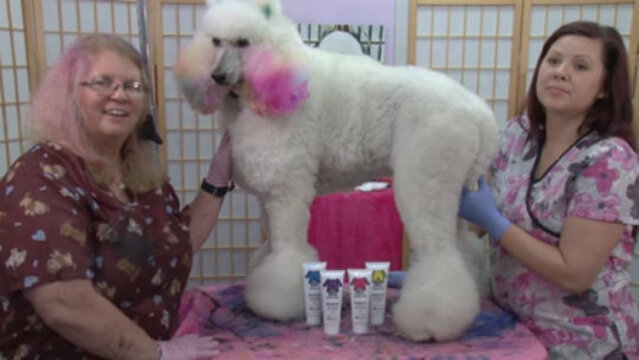