All Videos \ Back To Filtered Search \ Part 2 of 2: Setting a Show Poodle Trim on a 7 Month Old Puppy – Velvet Finish 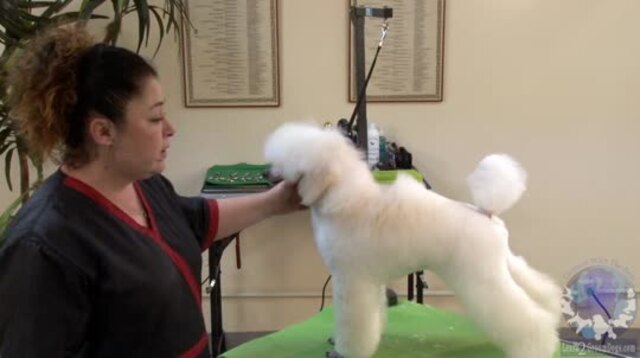 Pina has a passion for Poodles. In this grooming demonstration, Pina uses a 6 1/2 month old show Poodle puppy. She shows you how to create a trim that accentuates the proper structure of the breed.

Complicated subject matter is transformed into easy-to-understand, step-by-step visual instructions. This video is packed with great grooming tips. No matter what type of pet you are working on, a show dog or a simple stylized pet in your salon, this lesson has techniques you can apply today.

As she works over this young dog, Pina uses a combination of straight and curved shears plus long blenders to get a velvet finish. When she finishes the top knot, she shares a number of show ring secrets to get the perfect, ‘natural’, look. Pina is comfortable teaching high-level styling techniques yet does it in such a way, anyone can understand. Whether you’re looking to hone your skills for show ring styling, or just starting out, this video lesson we’ll set you up to succeed.

In this video you will learn: •What creates elegance in any dog. 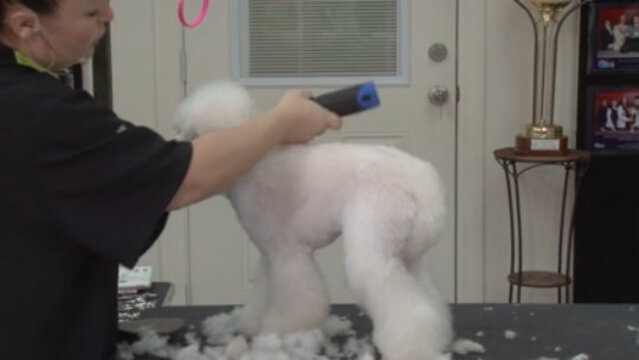 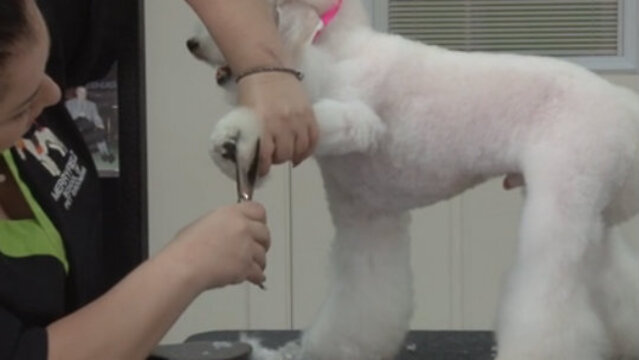 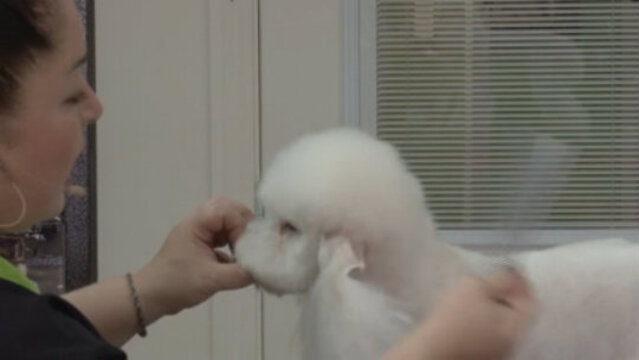