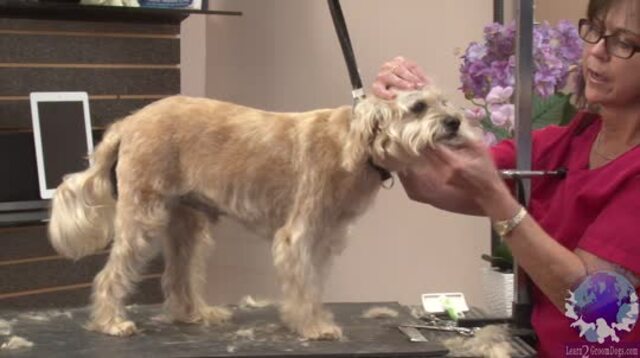 You’ve seen Kathy Rose’s work in Groomer to Groomer magazine. She writes a regular column for them called Bread & Butter Grooming. In this L2GD lesson, Kathy captures the essence of her column on video. This is a typical pet that would walk into any grooming salon — anywhere. He is long. He is overgrown. He’s older. And he hasn’t missed many meals.

Kathy shows you how to do an easy, comfort clip on the dog. This is a great low maintenance option for most owners. And even though it’s a simple trim, it still offers a nice degree of style. And it’s a far better option than just shaving all the coat off to one length.

In the very beginning Kathy assesses the dog’s overall condition. She talks you through the reasons why she opts for the blade length that she chooses to do the close body work with. As she works around the dog, she discusses the types of shear she likes to use and why. As she moves to the head, she shows you how to quickly set in the lines using reference points on the dog’s skull. {br}The end transformation is a pet that is clean, stylish and easy to take care of between trims. Our guess is this it the same request you get in your shop all the time too. The key to doing it successfully is by being super-efficient _ Kathy doesn’t waste any time getting this haircut done.

{br} In this video you will learn:

• what types of shears she likes to work with on this sparse, wavy coat 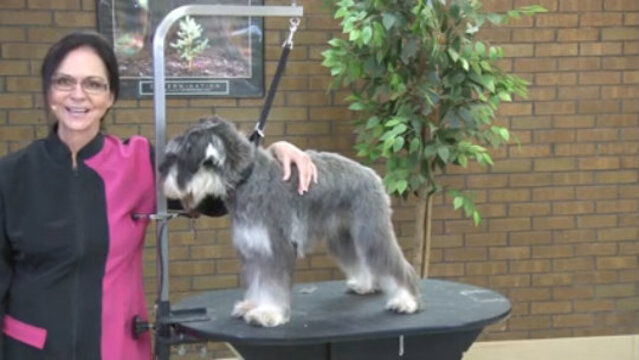 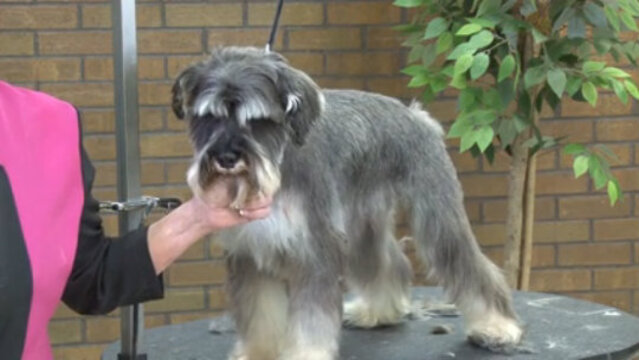 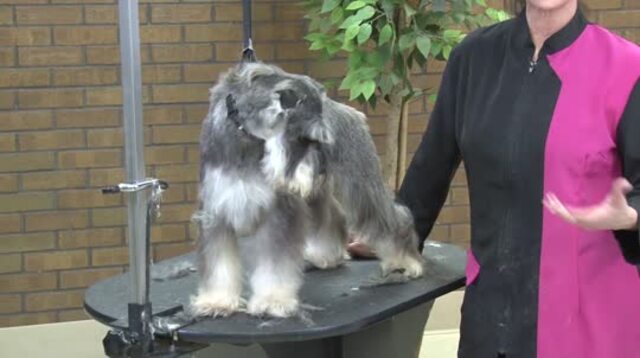