Is it Time for Licensing in the Pet Grooming Industry? – The Time Has Come to Consider Professional Regulation for Pet Grooming in the United States. 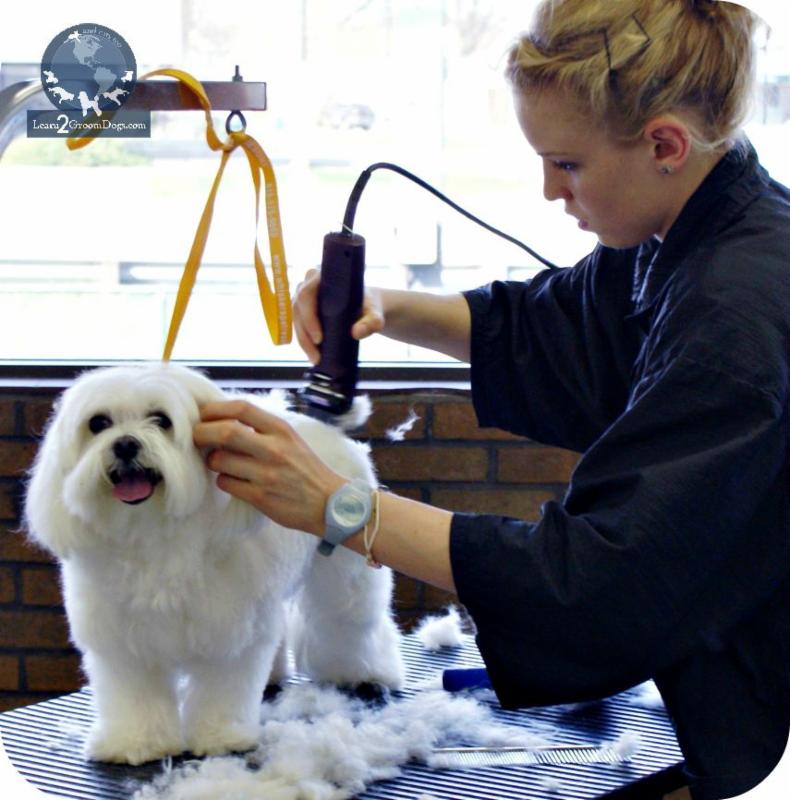 When I first opened The Paragon School of Pet Grooming in 1991, I had to be licensed by the Michigan Board of Education. Granted, it was not licensing for pet grooming – it was for ensuring students received consistent training in a safe facility. The licensing was primarily for their protection – not ours.

Was the set-up process challenging? Absolutely! We had to prepare, complete, and comply with all required:

It was daunting, to say the least. To make it even more challenging, we have to renew our license annually. Each year we have to jump through all the hoops again.

But you know what? In the long run it made us a much stronger business and a better school. It forced us to pay attention to details I might have missed. Those details could have put our pets, students, employees, and clients at risk.

Today, more than ever, I feel licensing is necessary. Regulations and licensing are put in place to protect the health, safety, and well-being of the consumer. They also set acceptable standards in each field.

Today, there are hundreds of occupations and businesses that are either licensed or regulated.

So why should professional pet groomers be any different?

Professional pet grooming is similar to two other industries: cosmetology and childcare. Both are heavily licensed and regulated.

Licensing and regulation isn’t needed because things are going well. They happen because problems exist that need to be corrected. 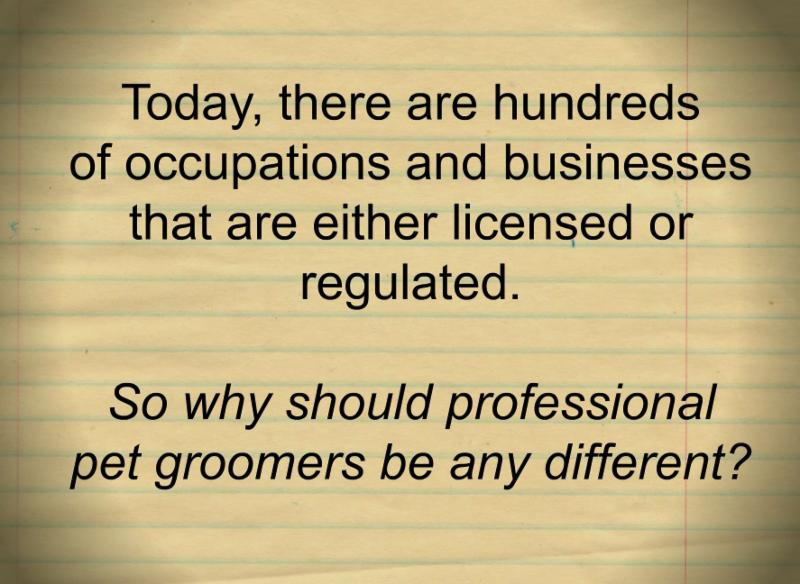 The idea of licensing within the pet grooming industry is not a new one. I still remember the efforts of Gregory Krisp and Kathy Rose 20 years ago. They were backed by the late Sally Liddick and Barkleigh Productions. They formed the Groomer Licensing Founders Committee in 1996. They were on the forefront of the licensing issue in our industry. Unfortunately, they were way ahead of their time. Their efforts fell upon deaf ears.

But some people were listening. Voluntary certification organizations were stepping up to the plate. They created comprehensive education and testing programs for groomers and stylists. Many states had strong professional groups that were hosting educational workshops. Ways to strengthen our profession were being developed from within. Voluntary licensing, testing, and continuing education were building in intensity.

I fully endorse setting mandatory regulations, standards – and ultimately licensing – for the pet grooming industry. But it needs to be on OUR terms, not by well-meaning individuals with no knowledge or understanding of what they are attempting to regulate.

Ideally, pet industry leaders and professionals would work closely with individual states. As they work together, they would create regulation guidelines for professional grooming establishments that are realistic and attainable for any competent professional.

Carelessness has created situations in which dogs have been injured – or worse – in grooming salons around the country. Owners are up in arms… and they should be. If it was my pet – I would. If it was your pet – my guess is you would be, too. Wouldn’t you want to do something about the safety and well-being of pets left in a pet professionals’ care?

The State of California tried to pass licensing for professional groomers. That bill was not written by industry leaders. It would have been devastating if it had passed because it was drafted by people who did not understand our industry. Teri DiMarino and Judy Breton, acting with the newly formed California Professional Pet Groomers Association, Inc., won a Barkleigh Honors Award for their extraordinary work in getting that bill defeated. Texas, New Jersey, New York, and Massachusetts currently have bills in the works. Licensing for professional pet groomers is just around the corner for many states.

Luckily, we have a group on our side. Recently, the Professional Pet Groomers & Stylists Alliance was formed. According to a July 21, 2015 press release, “The PPGSA was created to harness the experience and expertise of the three major national pet styling associations, IPG, ISCC, and NDGAA to develop industry wide best practices.” They are working together with other industry leaders, associations, and major retailers to develop a set of suggested Basic Industry Standards. These standards could be presented to each state as licensing moves forward.

The primary focus of the PPGSA is on pet safety. Subject areas include:

The PPGSA will not offer any form of certification, testing, licensing, or regulations for our industry, but they are our voice. In other words, they have our backs when a bill hits YOUR state. They will be there to guide industry leaders – in each state – as bills are introduced. The Basic Standards will guide future legislation. It has been created to be used by any school, organization, or certification program. It can be enhanced to fit their unique needs and goals.

Regulations and licensing is definitely a challenge for any business. However, the time has come to seriously consider professional regulations for the pet grooming business in the United States.

If a bill is introduced to the State of Michigan to regulate professional pet grooming, I’ll be one of the first people to jump and help craft a workable bill. I hope you have the same attitude when the situation presents itself in your state.