The Most Viewed Videos of 2012 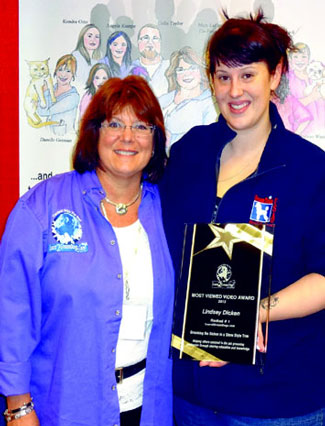 The winner of the Most Viewed Video of 2012, Lindsey Dicken, was presented her award at the Atlanta Pat Fair.

These videos have helped thousands of groomers to learn more about their craft. Some of our members review breed specific videos before the client’s dog arrives. While others use them to help train for competition.

But whatever the reason, here are the Top Ten Most Viewed
Videos of 2012.

Visit our Sneak Peek Video page for links to these and other grooming lessons in our video library!