All Videos \ Back To Filtered Search \ Grooming the Poodle Like a Kerry Blue Terrier (Part 2 of 2-Part Series: The Head and Crest)

Grooming the Poodle Like a Kerry Blue Terrier (Part 2 of 2-Part Series: The Head and Crest) 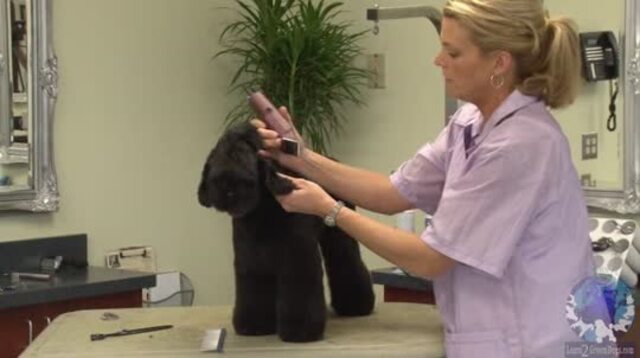 Part 2 – The Head and Crest

Want to have some fun in your grooming salon? Try turning one breed into another! Courtney does just that with a retired Champion Miniature Poodle. Courtney has groomed this dog many times but never in this style – that of a Kerry Blue Terrier. Join her as she goes through the transformation. Courtney has a gift for not only grooming but also explaining how and why she does things. In this lesson she discusses the advantages of using guard combs to set the basic outline. She then goes into detail how to set the profile and the challenges you typically face when turning one breed into another. She also does a fabulous job of talking about scissor technique. Courtney shares a wide variety of helpful tips and tricks you could apply to most any pet immediately.

In this lesson, Courtney guides you through styling the head and crest. As a bonus, she summarizes what she has done and shows you how different the look the body takes on betweenbeing fluffed out or re-curled by moistening the body coat after you are totally finished – as a Kerry Blue should be! 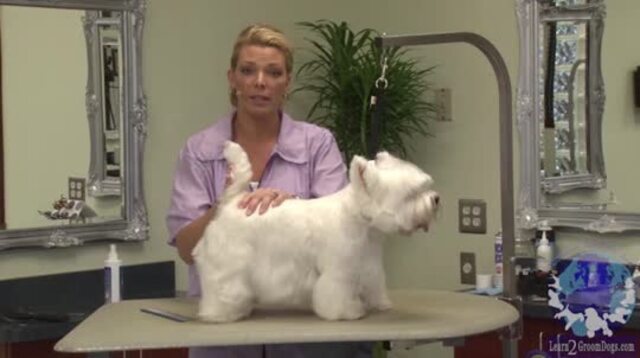 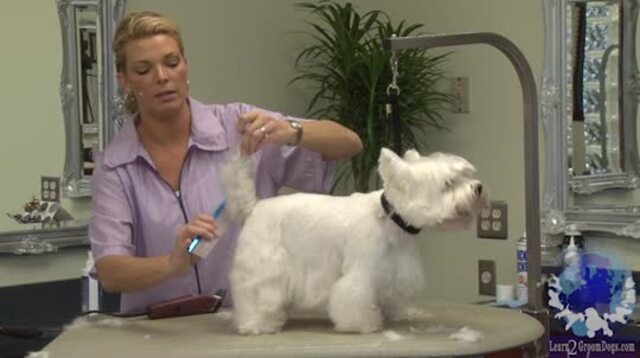 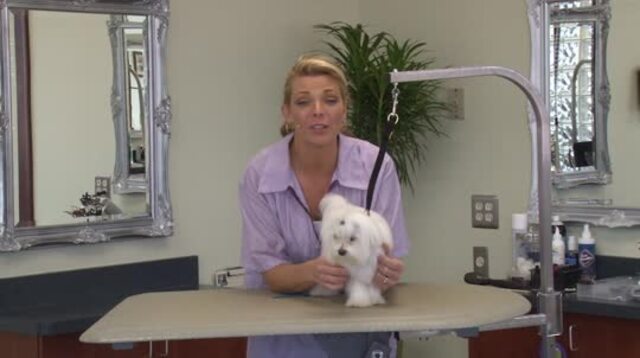